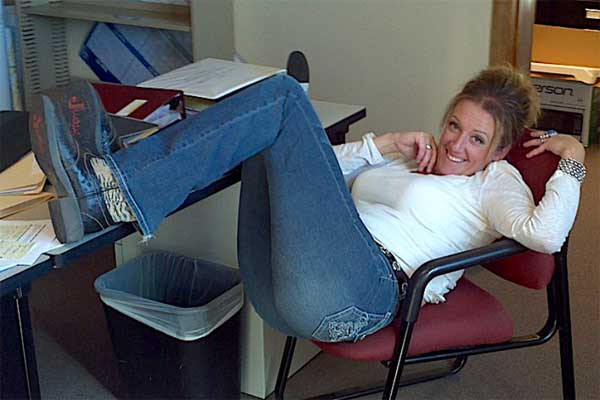 Although pretty understandable, this is often the most common mistake foreigners make in a Chinese work environment. For expats in China, routine everyday things can become difficult challenges. From speaking with your landlord to making a Taobao order or talking to the Meituan delivery guy, our Chinese language skills are often stretched to the limit.

At work, however, we sometimes find ourselves surrounded by local colleagues who are much more bilingual than we are, and so it seems easier to ask them to help out rather than struggle on hopelessly trying to deal with problems ourselves. But what starts out as a small one-off favor can gradually lead to a dependency. It’s not fair on your colleagues and you’re not doing yourself and your Mandarin language learning efforts any favors either. Stamp it out before it becomes a bad habit.

Chinese workplace culture is probably very different to what you’re used to back home. Even the tech companies that aspire to emanate the likes of Apple and Google are still Chinese companies at heart. As a result, you should expect to see some habits and practices you might not fully agree with.

An obvious example is the taking of naps at lunch time, a habit that can transform a workplace into a giant slumber party for one to two hours. Another that may grind your gears is colleagues slurping noodles or chewing loudly as they eat at their desks. Finally, you may have come up against colleagues who periodically decamp to the toilet stalls to watch some TV or play games on their phones.

I could probably go on to write an article ten times as long about all the things that annoy me about Chinese workplace culture, but the point isn’t whether these habits are right or wrong. The point is that you are in a tiny minority as a foreigner in the office and you are unlikely to be in a position to enact change or influence such practices in any way. Just ask yourself one simple question: can I accept this? If not, the solution is simple. Go work for another company (and possibly in another country). If you can accept it, stop complaining and get on with your own tasks.

By the same token, avoid falling into the habit of constantly telling your local colleagues how much better things are done in your home country. Don’t keep banging on about the fact that you can disagree with your managers, that companies have well-established workflows, and that overtime is always compensated.

Again, you may be right in what you say. It’s just that you’re wasting your breath in doing so and probably getting a fair number of backs up at the same time. It’s hard to change workplace culture in any company, and in China especially, it’s not constructive to present an “West vs. East” narrative. If you really want to make changes, present your proposals logically and avoid framing them as any kind of comparison between two different cultures.

After a long day at work, the last thing most of us want to do is see more of our colleagues. It’s nothing personal against the people with we work — well, in some cases it may be — but we all have our own lives outside of the office.

It’s important to know, however, that team building activities are not really considered optional in China. It’s possible to get out of them without landing yourself in trouble, but you’ll need to have a very good reason. Think along the lines of a holiday you’ve already booked, a friend’s wedding, or a family birthday. Otherwise, if you don’t go, it’ll be taken as a slight against the rest of your team and your management.

Before you all grab your pitchforks and chase me, I’m not suggesting you work an Alibaba-style 996 schedule, stay at the office until 10 at night, or give up your weekends without good reason. What I’m suggesting is you occasionally make an effort to show some solidarity to your local colleagues.

In many Chinese companies, locals are expected to work at least some amount of overtime, while foreign staff in those same companies are often spared this fate. There’s no denying that a number of locals feel a sense of resentment about this, particularly as their foreign counterparts are usually better paid as well. It may not solve the problem, but if you make small sacrifices here and there, your colleagues will likely appreciate this and resent your privilege less.

So, if the whole team is staying late to finish a project, stay back a little later too and see how you can help out. If a colleague needs help with a small job just as you’re ready to clock out, stay that extra 15 minutes so they can carry on with the task. A little consideration for your teammates will go a long way in building working relationships.

Thinking You Can Get Away with Anything

The most dangerous thing a foreigner working in a Chinese company can think is that the rules don’t apply to them. Just because your colleagues or boss don’t call you out on certain behavior, it doesn’t mean nobody has noticed. It may start out with watching a YouTube video on your phone and nobody saying anything, or coming back to the office late because a doctor’s appointment overran and nobody asked where you’d been. However it starts, these bad habits can quickly spiral until you’re watching YouTube all day and taking two hour lunches.

The problem is that your colleagues undoubtedly did notice and, most likely, so did your manager. While the Chinese are notoriously reluctant to be confrontational in the workplace, particularly when dealing with foreign staff, taking advantage won’t do you any favors in the long run.

The Guilt of Being an Overpaid Foreign Teacher in China