All you have to know drive in China

GETTING A CHINESE DRIVER’S LICENSE

“WOMEN JINTIAN HAO XIANG you yi ge waiguoren kaoshi.” It looks like we have a foreigner taking the test today.

The DMV test administrator was speaking to a crowd of Chinese people and me, who were lined up at the Jiaxing DMV to take our written driver’s license examination.

“Guo lai.” Come over here. The administrator said, looking and gesturing towards me to come to the front of the line. Being a foreigner in China could be so sweet sometimes. 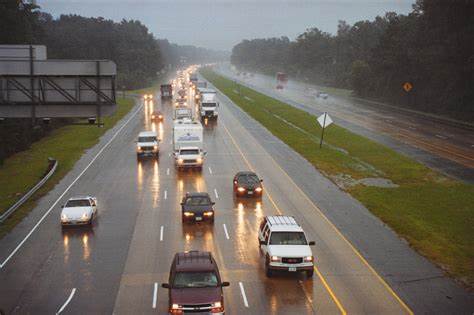 I’d been studying to take the written driver’s examination for the last few months. I had studied all 1,500 possible questions, taken many practice exams, and now felt ready for the test. I had to get a 90 percent and answer all 100 questions within an hour. The time limit would be no problem, but many of the questions were not intuitive and bad translations of easy questions create wrong answers instantly.

I was the first person to enter the testing area and was seated at a computer to take the exam. Foreigners wishing to get their Chinese driver’s license must have their native driver’s license translated into Chinese by a designated translation agency, go through a number of medical tests and checks, pay a small fee, and pass a written examination (no road test required). In my opinion, the biggest pain was getting all of the documents in order, because if anything is even a little off, you will be told to go back to the hospital or go get your license translated by a different company.

The exam went pretty well and I felt like I was doing a great job. There were a few tough questions though and I started to worry that I had gotten more than ten wrong. That was alright though, the rules said everyone got to take the exam a second time immediately after the first if they did not pass.

I answered the final question and my final score popped up: 89. Cao. Damn. I got up to see the administrator about taking the test again.

You’re kidding me. I was going to have to come back a week later in order to take the test again. In China, you will learn that you can never be sure of anything ever no matter what anyone says, until it is actually happening, and even then, you must be prepared for it to radically change at any moment. Many foreigners who live long term in China learn to adopt this mindset. The Chinese also have this mindset since life in their country is so unpredictable.

I went back to the DMV the next week and was able to pass. For more on getting the correct study materials and learning where to take the exam see the resources at the end of this section.

SELDOM FOLLOWED RULES OF THE ROAD

As a driver on the road, you will quickly learn that many of the rules from the driving exam are not followed, and if you do try to follow them, you will cause an accident. Try not to get angry when people cut you off since it will happen every time you drive.

Instead of getting angry, realize that there is indeed a flow and there are rules that people do follow. Put aside the fact that you will witness some terrible driving, and instead embrace the flow. Be like water. Remember learning about looking both ways before crossing a street when you were a kid? I’m not sure everyone has learned this in China, so make sure you don’t hit any of these non-lookers as you cruise the streets.

Interstates in China require tolls. They are not cheap either. The plus side is that many of them have very few cars because of these tolls. Although you will need to pay 150 RMB for your three-hour ride, you will be one of the only cars on the road.

The interstates are very sophisticated and you can get all the way from Hong Kong to Kazakhstan by following them. There are attendants at every tollgate so exact change is not necessary.

“Slow down up ahead, there’s a camera,” my friend and passenger, Bill said.

In the United States, we have state patrols driving around with speed guns looking for speeders and when they find someone who is at least ten miles over the speed limit, they pull them over and possibly give them a ticket. In China, there are too many people for this to be an effective system. Instead, there are thousands of cameras set up all over China’s highways that measure the speed of cars and take a picture of the car’s license plate if it is driving too fast. A few days later, this person receives a ticket in the mail. They can also tell if you’re going the wrong way down a one way and will also fine you for this. I was fined once for this. Everyone else was doing it.

I slowed down as we passed under a camera. Looking down at my phone to use Google Maps, I made sure we were still on the right track.

“Twenty meters ahead another camera,” Bill said again.
“How do you know?” I asked.
He showed me the map on his phone. “Baidu Maps.”
Baidu is the Google of China, and a very innovative company when it comes to maps and driving.

While you may not want to buy a car in China, though you certainly can, a great option is renting a car. Cars are cheap to rent in China and will only set you back 100-200 RMB ($15-$30) per day. Many cities have an eHi Car Service, which is what I use every time I rent a car.

Arguably my favorite type of instant adventure in China is taking a road trip. To do this legally you’ll need a Chinese Driver’s License and a car. Licenses are good for 6 years.

Chinese Driving Test (www.chinese-driving-test.com)
Take practice exams and study questions from the exam. Some of the translations were not very good in 2012 when I took the exam so hopefully things have improved. You can only take the English version once per visit. If you do not get a ninety percent, you will need to come back a week later to take it again.

eHi Car Services (en.1hai.cn)
This car rental service has outlets all over China. Booking a car is

actually very easy and can be done over the phone, even in English. You may need to go to a physical location first to set up your account with your phone number, but afterwards renting a car should not be difficult. Bring a passport and both flaps of your Chinese Driver’s License.