“Choose a job you love, and you will never have to work a day in your life.”

THE LIFE OF A CULTURAL LIAISON

I BIKED IN TO work on a beautiful spring day in 2012 after sipping my overpriced $6 small xiangcao natie (vanilla latte) at a Starbucks below my apartment in Jiaxing, a medium-sized city of 4.5 million people, an hour and a half outside of Shanghai. I worked at a nearby factory as a cultural liaison and would bike the two miles to work every day through the streets lined with factories, which churned out everything from rakes to car batteries for the entire world.

I had never imagined that such a job as cultural liaison existed, but apparently it did because I was doing it. It may have also been in part thanks to my background and what I wanted to do so that a position as ideal as this one was created for me.

The company office had a dozen green and grey cubicles in a carpeted area of a factory where my three dozen Chinese, American, and New Zealand colleagues, mainly product managers, engineers, buyers, and I worked alongside one another.

In my role as cultural liaison, I was responsible for everything language and culture related. The root of many companies’ problems is bad communications. Besides managers, departments don’t speak with one another or people’s ideas are not heard and never implemented even when they would actually save time and money. Add to this a company that needs to navigate two very different cultures and languages, and the need for a cultural liaison becomes apparent. 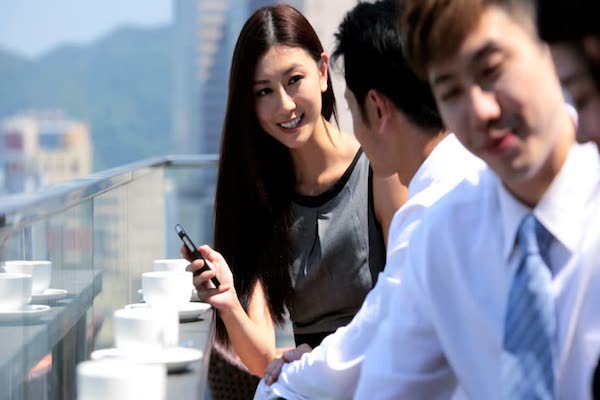 After teaching an hour of English each morning, talking about everything from US retail, to types of screws, to powder coated metal, I’d settle down at my desk to peruse LinkedIn for potential hires. My boss wanted me to find project managers and engineers who had experience abroad and had worked with big American retail clients like Target, Wal- Mart, or Best Buy. I had some good luck with LinkedIn and found dozens of candidates over the 18 months at the company, and a few that were eventually hired on, including one key manager.

In the afternoons, our company driver, our secretary and I might go out looking for potential suppliers for our company. The goal was to build a list of pre-qualified suppliers that our buyers would be able to rely on when purchasing retail display parts.

“Nimen shi waiqi laide, shi ma?” You are from a foreign enterprise, correct? The head of sales at the factory greeted us at the entrance before showing us around his factory, which made printed circuit boards.

Late that afternoon, back at the office, I’d help one of my fellow foreign colleagues communicate with our prototyping team. They’d been working on an interactive display for a customer. The welder knew how to weld and my colleague knew just about everything about how to build anything, but neither spoke the other’s language and it was a common occurrence for me to be in the middle of such discussions about how best to fabricate something, with both Chinese and Western ways of thinking thrown in.

“Our customer in the US will like it like this way.”
“But in China we make things like this.”
“We can make it this way once, but producing ten thousand of these

with the same precision will be difficult.”
Such was my work life in Jiaxing at an international manufacturer of

This Man Is Too Dark

“So, what do you think?” asked a printing supplier.
“It looks great. Thank you.” My boss, an American, was admiring some

“Don’t you think the man is too dark? I mean it’s difficult to see him.”

My boss looked perplexed, he could see the man in the advertisement just fine.

“I think we should lighten him up so people can see him,” the Chinese boss continued.

Finally it dawned on my boss, the man didn’t realize that the man in the artwork was black.

You had to love working in China at times like this and fortunately there are many such humorous misunderstandings. Every foreigner in China has at least a handful of these types of stories and they are just one of the pieces that make China such an interesting place to be at this time in history.

Although these stories are entertaining, there are definitely other miscommunications, which can be a danger when doing business here. Such issues can cause lots of headaches, and cost lots of time and money. Thus, there is the need for the cultural liaison in China, where East and West meet, and bad grammar and manners start to cause trouble. It’s easy to attribute all miscommunication in general, to either a barrier of language or of culture. However, it is important to make the distinction between the two. Language barrier problems are relatively easy to solve most of the time. Even if one can’t speak the language, language problems can usually be solved with an electronic dictionary, correct grammar in writing, pictures, drawings, pointing, an interpreter or translator. Cultural miscommunication is where the trouble usually lies. 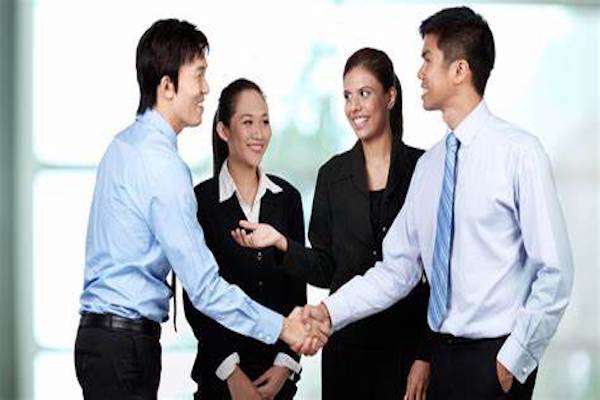 “You say we need to make the bracket tighter. I think it is already very tight, but we can do that,” said my Chinese colleague over the phone to our American colleague in the US.

“No, the bracket is too tight,” he said.
“I know, it’s not a problem.”
Thankfully, I was sitting next to my Chinese colleague who, because of

a grammatical error, misunderstood the email from her Western colleague. My American colleague had left off an “o” in the phrase “too tight,” and I knew my Chinese colleague, because of her sound understanding of English grammar and spelling, had assumed “to tight” meant something like “to tighten.” Unfortunately she lacked the cultural insight us Americans often take for granted in these cultural mashups, as most of us would understand what my American colleague meant when he wrote “to tight.” This is why my Chinese colleague thought that a particular bracket needed to be tighter in order to receive the okay from a big US retailer we were trying to please, so that we could start mass production and meet our shipping window when it was the opposite that was true.

At other times, an American colleague might explain something to a Chinese colleague but use too many colloquialisms that even a bilingual Chinese person would not know.

“Get ’er done.”
“Take a rain check.”
“Dime a dozen.”
While it would be valuable for my Chinese colleagues to learn such

phrases, which they all eventually did, it usually prompted more work than necessary in order to understand what someone meant when dropping such idioms in conversation for the first time.

In companies where instructions can change daily and the input of engineers who can’t speak much English is valuable, someone with a lot of empathy and the ability to understand both parties is a valuable asset to any organization in China where Westerners and Chinese are working together. The ability to translate documents and interpret in meetings or on factory visits is also very valuable and will only make you more marketable for a job in China.

culture and how this affects daily life and work as a foreigner. Mike’s other pages are also good sources for information on travel to some of the better known destinations in China.

Poorly Made in China by Paul Midler

“Why are my shampoo bottles so thin?! The samples weren’t like this!” yells an irritated US businessman trying to source shampoo from China. Mr. Midler on the other end of the line, has heard this same type of thing dozens of times throughout his career in China.

Poorly Made in China is Paul’s Midler’s true-life experience working as a cultural and linguistic conduit between Chinese factories and Western companies, solving the cross-cultural troubles they are having with China while doing business. The clash of cultures, the ridiculous stories of quality degrading shipment by shipment, and Midler’s observations make a great story. Almost anyone who has done business in or with China will have one or two of their own such stories and they are always worth a listen.

This book is also helpful if you are considering working at a manufacturing or trade company in China.

Get your Chinese Green Card Now!