2019 Payment Rule for Wechat and Alipay

From January 1 2019, according to requirement of China’s central bank that individuals who use third party payment methods like WeChat and Alipay to make domestic payments as well as cross border transfer in a single day in this case third party institution must submit large cash transaction report to the central bank.

Third-party payment providers including Alibaba’s Alipay and Tencent’s TenPay, which operates the payment service for WeChat, are all involved. “As the first of its kind in the world, the platform is a pioneering step by Chinese regulators to supervise the country’s fast-growing online payment market, the largest in the world,” Li Chao, an analyst at Beijing consultancy iResearch.

The move is in line with China’s goal of strengthening regulations and supervision of third-party payment companies, a process that has been ongoing since the beginning of the year.

According to a report from the Economic Daily, the PBC has fined more than 25 payment agencies as of June 5 this year due to irregularities, and the bank is also accelerating the pace of management of customer deposits of these third-party payment agencies.

On Friday, the PBC announced to gradually increase the proportion of customer deposits submitted by third-party payment firms at a monthly basis, and would reach a total hand over by January 14 in 2019 from the current average 50 percentage, “which will further prevent some platforms from using the deposits on speculation activities,” Li said.

Li said that small and medium third-party payment providers would benefit from the unified platform, which would make it easier to get access to banks that they could not reach before.

“It seems that all third-party payment firms, no matter small or big, are on a level playing field now,” Li said, adding that regulations will continue to get stricter.

Chinese social media brimmed with conversation following rumors that mobile payment platforms including Alibaba-backed payment platform Alipay would be required to report payments of RMB 50,000 (around $7,000) and above to the People’s Bank of China (PBoC), underscoring concern over regulation in the payments sector. 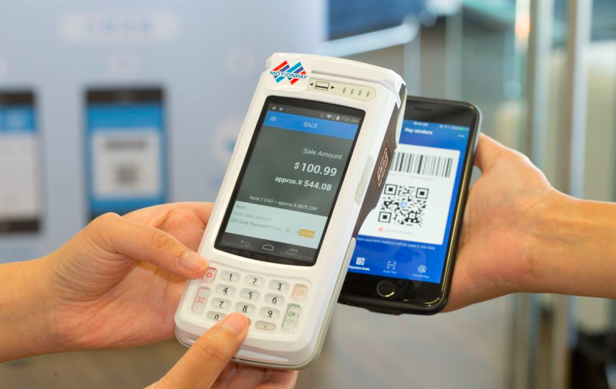 Chinese social media brimmed with conversation following rumors that mobile payment platforms including Alibaba-backed payment platform Alipay would be required to report payments of RMB 50,000 (around $7,000) and above to the People’s Bank of China (PBoC), underscoring concern over regulation in the payments sector.

Alipay denied the rumors of tightened control of money transfers on Chinese microblogging platform Weibo, saying the requirement applies to transactions of more than RMB 500,000.

Rumors about the controls appeared on the Chinese internet and social media on Wednesday. Chinese media reported that for safety reasons all online payment services would be required to follow new rules for transactions, which would encompass PBoC monitoring from Jan. 1, 2019.

Reports stated that a new policy would apply to those who pay their shopping bills via Alipay, WeChat, or other payment apps, and transactions of more than RMB 50,000 would need to be reported.

Alibaba’s payment arm said that online payments do not fall into the category of “cash transactions,” and therefore the provision does not apply.

Reasons Why your Visa gets Rejected